If you thrive on animation news, the first place you want to be is one of the country's upcoming animation festivals. This list of festivals offers options throughout the year, allowing you to travel or stay closer to home if you want.

The Eyeworks Festival has traveled to different cities throughout the United States since its founding in 2010. This festival focuses on experimental animation and in 2018 travels to Chicago, New York, and Los Angeles. This festival emphasizes the abstract and unconventional.

Conscious Cartoons is a non-profit and competitive film festival welcoming international animators. This festival focuses on short works of animation, typically those shorter than 15 minutes. The animation at this festival focuses on films that address social issues, from sexual orientation to the Holocaust. In 2018, the festival was held on Washington's Vashon Island.

The Los Angeles Animation Festival has been running since 2007. Not only does the festival focus on local works, but it also welcomes international works. The festival focuses on indie animation screenings but also touches on the ins and outs of the animation industry.

Louisiana State University in Baton Rouge hosts this festival, which is free to the public and features a variety of digital media. While the festival does not focus solely on animation, it offers insight into digital technology and creativity. Here, you can see student work on display and other immersive art displays.

Los Angeles hosts the Animation Is Film Festival, which offers filmmaker Q&As, receptions, and other special events. While the festival is still relatively new, it offers a competition and showcases the art of animation in relation to filmmaking.

The Florida Animation Festival showcases animation during a multi-day event. Since 2016, The Tallahassee Film Festival has offered regional and global talent. The event showcases everything from children's animation to featured animation.

Portland and Eugene host the Northwest Animation Festival. This festival is one of the largest annual showcases of animated shorts in the country. The competitive festival showcases more than 150 films over the course of eight days. Any kind of animation is welcome at the event.

Now that you know about some of the most prominent festivals related to animation, you can plan your upcoming year accordingly. Your new favorite animation festival could be closer than you think. You can also use websites like Rotoscopers to stay up to date on animation news. 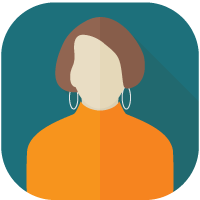